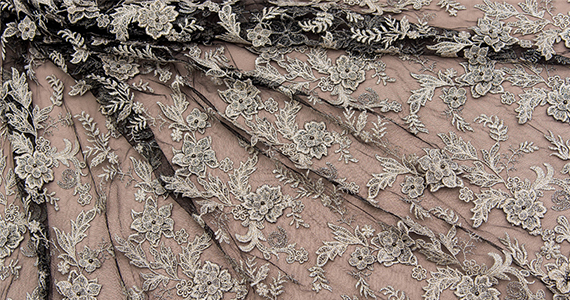 We combine the most quality yarns from various regions of the world with our custom-made machines and, transfer our yarns with a unique texture to our design team for processing.

We closely follow the most recent trends with our fashion designers and design architects combining our creative point of view with our innovative designs. We are particularly interested in the current sessions of the brands and, offer you our yarns specially processed for the needs of each brand. 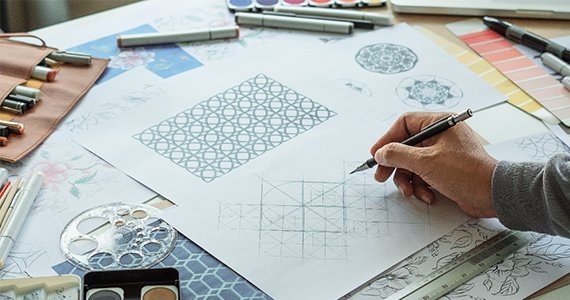 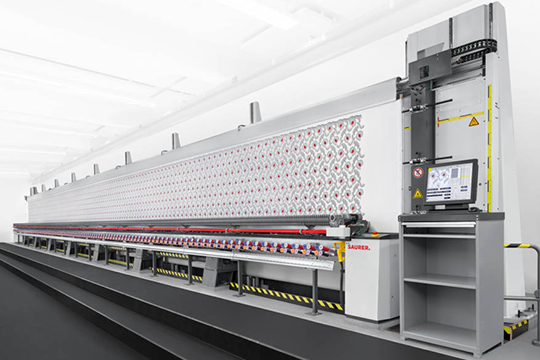 We manufacture each embroidery with the suitable yarns considering the textures thereof.
We make use of advanced technology that speeds up our manufacturing process and, further improve our patterns each passing day.

Brands to which We Have Brought Value

We are proud of being a business partner of tens of global brands we work with in their clothing collections.

Export
to the EU

What we have compiled for you

You will find on our blogs all the information about the journey of “lace”
from past to future as a common cultural object of all the civilizations, as well as where they are used, and more…

How can lace be used at Home Decoration?

Lace, which has been seen as ‘’fashion of past’’, is favorite among those who love Vintage Design. Laces, which were used in many targets from the 16th century to the 19th, have still been used from clothing to curtains; from covers to towels. However, those, who would like to keep up with the current fashion, modernize new styles of usage. Here are the decoration ideas where you can utilize lace in a modern way, which brings a great classic wave everywhere.

Cactus and succulents along with arrangements called terrarium, which has been preferred owing to their popularity, are fundamental plant types. These plant varieties, possessing different shapes and flowers, depict themselves better in design pots. Besides terrariums, pottery and ceramic pots are also very popular. Yet, you can ornament them with acrylic paints or with lace or guipure models that are at your home rather than using them with solid colors. These lace flower pot designs, attributed by a great style, are the best selling ones abroad. You can decorate your home with flower pots that you can ornament quite plainly.

Lampshades, which are inevitable parts of our houses, become one of the most significant design devices reflecting bohemian style accompanied by lace. As the light inside the lace reflected on the wall and danced amazingly, you could go on enjoying under dim light. You can use the designs handled by laces that are mixed in ecru and white tones.

Pillow cushions, which are supplementary to sofas, transform into wonderful decoration samples when used both with contrast colors of the room and in excessive usage. Decorate your rooms either in modern styles or in Vintage styles. In any case, you could decorate your rooms with different pillow models. Nevertheless, you should choose lace embroidered cushions if you wish a bit more different style. Despite the lack of deficient areas, you can catch the bohemian touches in your living room via laces keeping their trends.

Nowadays, as wall accessories have dramatically become a trend, lace embroidered dreamcatchers used with tree designs are also extremely fashionable! Dream catchers, which are also used as headboards in the bedroom, could be created with vintage style accompanied by lace embroidery to use in the gardens and living rooms. You can wrap it all around with light. And you can either use it to light up at night or use şt as a door ornament by designing it via feathers along with beads.

Canvas paintings, metal wall panels… Wall paintings have become a part of every home, are among the accessories widely-used in home decorations with various models and textures. Yet, if you don’t find what you look for despite hundreds of models, you can apply for the laces left from your grannies, maybe dowry, maybe from lace you like but you haven’t had the opportunity to use. You can carry these stylish and pretty frames to the corner of your room. Elegance doesn’t mean to offend eyes, yet it means to be remembered forever. For the sake of the laces, we never forget since our grannies created… 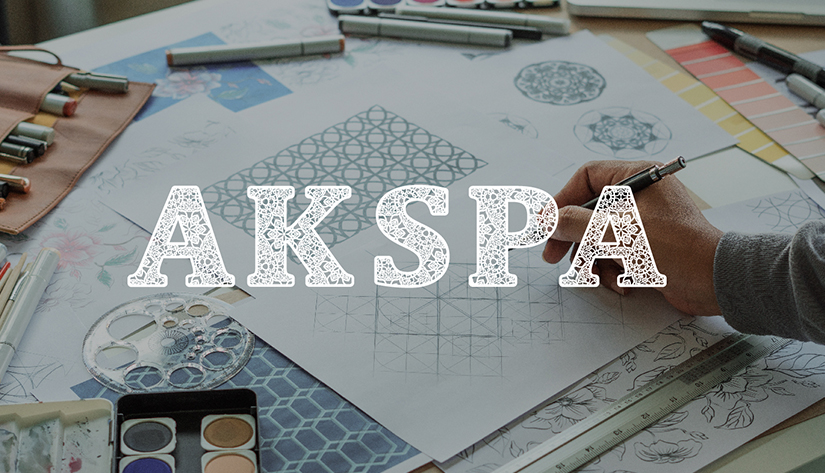 Wedding Dresses, which ornament the dreams of young women, seem stylish and fashionable accompanied by lace. Types of lace to use for each model also differ from each other. The type of lace also changes regarding the ways of fabric and usage of place on the lace.

Lace, which is an inevitable part of wedding dresses, is chosen by almost every bride. Lace not only depicts the wedding dresses more intensely but also assists your face to been vivid. Lace types preferred in white and broken white colors can be stitched accompanied by silvers and sequins, which has created a much more elegant appearance.

Alright, which type of lace should be used for what model? Here is the answer…

What should you pay attention to when you choose a lace in a wedding dress?

It is important to choose the lace as flexible. The advantage of moving comfortably during the day will make your night more entertaining.

You should pay attention to the quality of the lace. Or else, you could come across tears on wedding dresses.

Using lace in your wedding dress requires you to prefer lace in veils, too. Since harmony between wedding dress and veil is extremely important for bridal combinations.

To reflect the vintage style of wedding dress, determine your accessories and hairstyle regarding your wedding dress.

In Classic wedding dresses, lace creates an excellent pattern and emphasizes your wedding dress. Generally, French guipure is preferred for the laces that are utilized on the chest, back, and edges of skirts. Classical model wedding dresses have a plain design. That’s why, sequins and sparkles could be applied, too. It is ideal to create a different aura over wedding dresses.

Princess Model Wedding Dresses is one of the fundamental bridal dresses that do not lose value. Cordon lace is used on the top or skirt part. And also, this model seems stylish accompanied by laces. This lace, having a delicate texture, is more appropriate for country weddings. Likewise, you could get that magnificent appearance with your wedding dress accompanied by a cordon lace veil.

Hellenistic Wedding Dresses are both known as Greek Style wedding dresses and known imperial style wedding dresses. Although it is not preferred frequently, it is chosen by the people who either accept a bohemian style or have a different appearance. In this model, lace could be preferred in each place as well as belts and arms. Brode laces could be applied if it is used only on the belt and arms. Yet, if lace is to be used in the whole wedding dress, French guipure is much more suitable. Due to the possession of fine texture, it is not more suitable to be preferred in the whole dress.

You could also discover lace wedding dresses both to make the most special night of your life unforgettable and to attract attention over you with your elegance. We wish you happiness now! 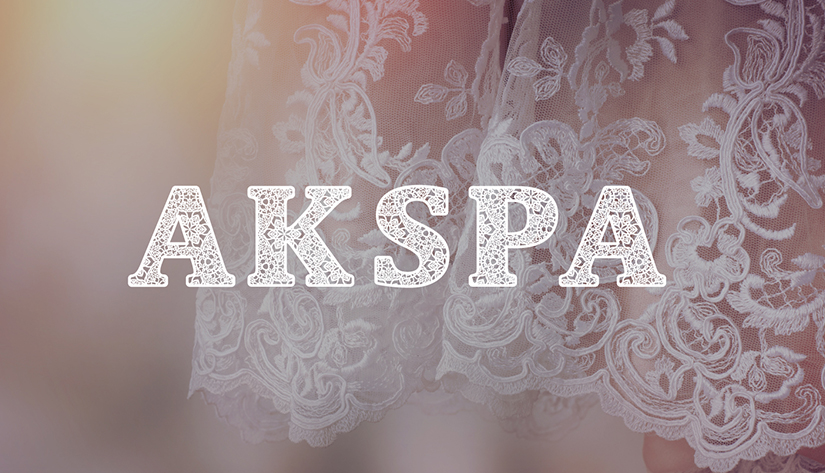 The first examples of lace, both knitted with yarns and dates back to 2000 BC, are needlework with a web view. Venice has played an important role in this handcraft dating back to ancient times.

Production of lace, beginning in the middle of the 16th Century, became a handicraft of women and started to attract much interest and acquired a well-known characteristic all around the world.

This fashion, which appeared in Venice, the sun of Italy, started to spread to all European countries before it was too late. Then, it has become a frequently used motif in homes and clothes. Lace, which started to attract much attention in France, also began to take attraction political leaders of the country. After that, the lace industry was founded by the states in a shorter time. France showed such a great effort to develop the lace that Venice became the main center of the lace. Such an act, in which creativity and craftsmanship are combined, showed itself as both French lace and French guipure.

Turkey has a key position for the lace of journey. The inventor of lace is Turkish societies and it became bigger and bigger in Venice. It is claimed that it spread from Anatolian lands to Balkans and then to Europe. The fact that this art, which is known as ‘’oya’’ in our country, has no translations in the literature, which proves this information. Lace has not only been ornament art in Turkish society, but also has been an important part of culture along with even communication.

Laces, which have been the parts of our dowries, clothes, and tables, have been the most immense activities for Anatolian women for centuries. Lace has become a tool not only for reflection of their life stories but also the reflection of beliefs, feelings, love, and hope. Anatolian women converted the lace to a communication channel and created a language among themselves by loading a meaning to the motifs and patterns.

Green: Happiness because of marriage

Anatolian women did not only add meaning to colors but also attributed various meanings to the motifs. Relying on the relationships between bride and mother-in-law, which has also been an issue of literature, the motif, created by women who frustrated with her mother-in-law, was called as ‘’mother-in-law- tongue’’ (kaynana dili). The woman who cannot get on well with her husband used the peppers on the motifs in lace embroidery. Provided that she had more troubles, she had continued to utilize more red yarns in her work.

Lace has generated a culture from past to now, and have become a communication tool that connects with people. It has not only become a part of the dowry but also has become a part of modern accessories. To get more information about these trend patterns with vintage style, please visit our article including ‘’How Can Lace Be Used In Home Decoration?’’

Apart from these, lace patterns became an important part of clothes, from underwear to evening dresses; from children’s dresses to wedding dresses. Nowadays, lace varieties among assertive collections of brands are keeping up to maintain the importance with high demands.

Catch up with the trends via Akspa Textile, both becoming the symbol of Turkish Lace Embroidery and including the collections of world-famous brands with its huge model network.

Please feel free to contact us to see our pattern models and meet our creative team!

Just submit your details and we’ll be in touch shortly!